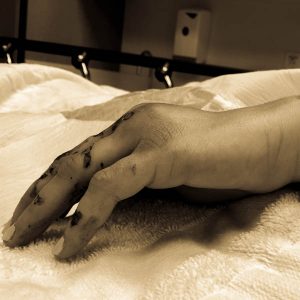 One year ago today I was in a meeting and answered a call (which I NEVER do in a meeting) to hear the fire chief inform me that Alison was in a bike crash. I left the meeting and was in my car before the call was over. I picked up my son, who was about to be released from preschool, and then drove past the scene of the accident and learned that she was hit by a drunk driver.

It is hard to believe that a year has passed–the psychological wounds are nearly as fresh today as they were then. I had a bike race scheduled for that evening, but I never made it, and I haven’t raced my bike since.

I’ve spent more time on trails in the last year than probably at any other point in my life. I’ve been hit twice, but found those incidences easy to shake. This was different–I simply found it easier to get on a trail and think about rocks and line choice than to wonder whether something might happen again, or whether the punishment really fits the crime, or whether I’ll ever enjoy the fitness I had the day before Ali was hit, among a million other thoughts.

We’re so fortunate that Ali is doing so well. Her arm still bothers her, and more often than not she still looks like a geriatric when she tries to get up from the couch, but all things considered, she is in great shape. I wish I could say the same for other friends and acquaintances who have also been hit.

The statistics show that riding a bike is safer than being a pedestrian, and both walking and riding are safer than being a car driver or passenger. That’s somewhat comforting, I guess, until someone you care about is hit by someone who has been careless, reckless, or worse.

In the last year, I’ve had a handful of friends who have been hit and/or purposefully run off the road. A month or two ago, Liam and I were a few feet from being hit while in a crosswalk, with flashing lights, by a driver traveling well over the speed limit, who had a clear line of sight to us for nearly 1,500 feet (over 1/4 mile), but who didn’t screech to a stop until the last five feet. Why are people so careless and/or entitled when sitting behind the wheel of a 1,800 pound (Smart Car) to 5,800 pound (Suburban) hunk of metal/plastic/whatever? Why do people get so uptight when they see a pedestrian or cyclist in the road? Since when does one’s desire to get somewhere quickly (try leaving earlier, maybe?) surpass another’s right to get somewhere safely, irrespective of mode of travel?

Please, if you choose to get behind the wheel: (a) don’t be under the influence; and (b) let driving be your ENTIRE focus from the minute you get in the car until the minute you get out. The text, hilarious Facebook post, and adorbs Insta post can wait–I promise.

Anyway, rant over! Get outside and have a great weekend! 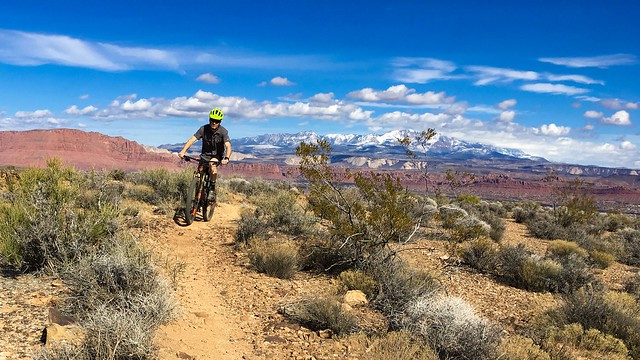 I own too many bikes, and I’ve ridden many more. For riding on the trail, I’ve found a new bike that may replace every other trail bike in my quiver — the 2017 Scott Spark 700 Plus Tuned.

In my first week first week with the Spark Plus (over Christmas break), I spent nearly 100 miles on it—whether the trails were technical (Zen, jumps on Barrel Trail, and technical sections on Barrel Roll) or flowing (gravel on Green Valley and hero dirt on Sidewinder and the Rim trails), the bike performed flawlessly and I found myself having more fun on a mountain bike than I’ve had since, well, maybe ever.

Is this the best mountain bike ever built? I haven’t ridden them all, but I’ve ridden more than I can count. The design, engineering, suspension, plus-tire platform, and groupset combine to create an amazing machine that I’d feel confident taking on almost any trail anywhere. The engineering will leave you thinking you’re on a longer travel bike, but the efficiency and light weight (my bike [a large] with trail pedals, 2.8” tires, sealant, and a dropper post weighs in right at 27 pounds) will leave you feeling like you’ve upgraded your engine. More speed with less effort may or may not be the definition of efficiency, but the Scott Spark 700 Plus Tuned is definitely the definition of fun.

For the full report (with pictures and nerd-talk about geometry and groupsets), read my guest review for Contender Bicycles on their site: The 2017 Scott Spark 700 Plus Tuned Review

Get out and ride! 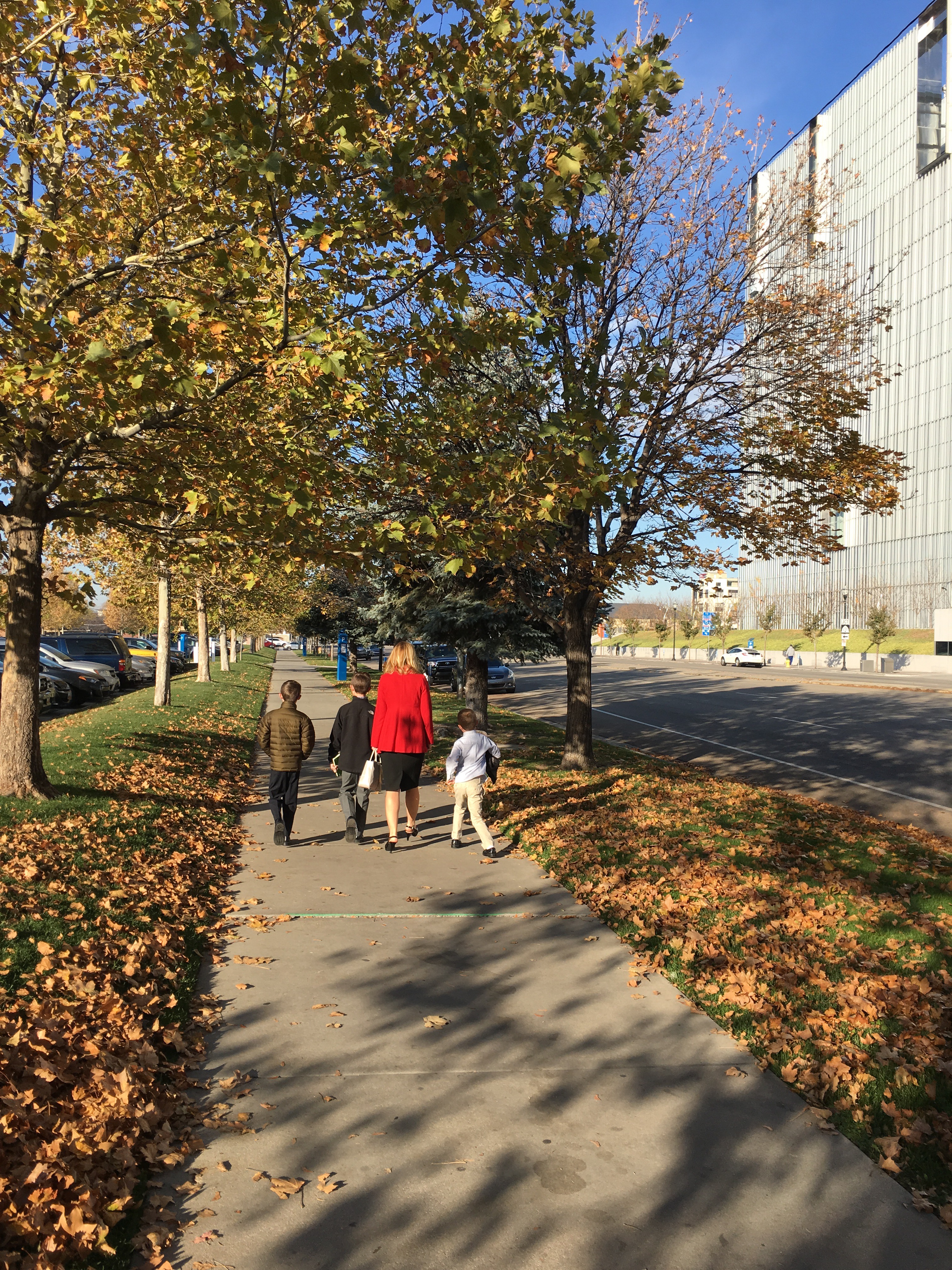 “He has to pee in a cup?” And, later: “Really? He has to go in a cup?” Miles, the six year old, thought that was a weird part of the defendant’s sentencing this morning.

She’s spent countless sleepless nights thinking about what she would like to say and what she would like to see for the defendant. Over the last few weeks, she’s written, scrapped, and rewritten her statement enough times that we’re out of paper. She has read it aloud to herself more times than she can count (granted, she can’t count very high). I rescheduled my 8th annual trip to Ohio (to see my Buckeyes take on #10 Nebraska) to be there when she delivered it. We arranged for someone to watch Liam, and the rest of us dressed in our Sunday best and drove to the courtroom, all the while the three older boys wondered what the rest of their classmates were doing at school, whether they were at lunch yet (at 8:15 in the morning, before school even started), and we made our way to and through the courthouse.

I’ve been in court a handful of times, but never as a lawyer, and certainly never as a victim. We sat through a few hearings, only picking up bits and pieces of the happenings as the court was full (a docket of 80 cases this morning), and if you’ve ever been in court you know that it’s not at all the typically serene and silent place it’s portrayed to be on TV.

Finally, it was time for the State of Utah v. Jeffrey Summers. Not until that moment did Ali know what the defendant looked like, what his family looked like, who he was as a person, or how he truly felt about the situation. His attorney asked for him to be punished, but in such a way he could keep his job with the postal service. His union representative was there to ask for the same. Then the court called for Ali.

Jacqueline Kennedy Onassis. Michelle Obama. Laura Bush. Some of the most graceful women I’ve ever seen. I think Alison Crockett should be added to that list. She stood before the court, in all its commotion, and she held court. I’ve never been in a room with so many people from so many different backgrounds and circumstances and been so struck by the silence. The defendant, other lawyers (a characteristically unemotional lot), and people totally uninvolved with the case wept.

The defendant and his attorney were called back to the stand, and the attorney stood for a moment without saying anything. His first words: “I’d like to thank Ms. Crockett. That was a type of grace we rarely see.” Attorneys stopped her in the hall afterward and said the same thing and that they were choked up by what she said.

You see, she didn’t ask for the maximum penalty possible. She asked for the minimum, with conditions. She offered forgiveness. You can read her statement here.

The prosecutor had different things in mind. The judge did as well. He reduced the sentence thanks to Ali’s words, but reiterated that the defendant is extraordinarily lucky to have the outcome that he did. At the end of the day, a sentence of up to 5 years in jail, suspended with credit for the day already served, and 74 days more (that will certainly cause the 57 year old to lose his job), in addition to restitution, fines, additional rehabilitation, and a laundry list of other items, including peeing in a cup.

We did not expect the defendant then to be handcuffed and sent to jail. He blew his wife a kiss (without hands, because, again, handcuffs), and we left to talk with the prosecutor. It’s not over, but it was a huge step. I’m amazed that Ali was able to do something so gracefully that I don’t think I could do under even the best of circumstances.

in Uncategorized 0 comments
Next »